On what can only be described as an espresso-fuelled whirlwind tour we managed to visit some of our favourite coffee spots in the country; Papercup Coffee, Laboratorio Espresso, Avenue G and BrewLab to name but a few. We set off from Aberdeen bright and early, arriving in Glasgow midmorning, the long drive down certainly went a long way to increasing our craving for good coffee and it’s fair to say that as we pulled up to Papercup Coffee at around 11am we were not disappointed. A selection of Flat Whites and Espressos later we were ready to move on, but we were all certainly impressed by Papercup, for such a small location they boast an impressive food and drinks menu and their busyness does not affect the quality of their product which was a great relief to us as the place was packed! Their commitment to maintaining the highest standards was admirable and gave us a few ideas of how we could ‘slim-down’ our own model and boost efficiency.

Next up was Avenue G as we continued to explore Glasgow’s vibrant West End coffee scene. Here we sampled another round of drinks, with particular focus on their Cold-Brew and Mochas – both of which we enjoyed very much. We experimented in the cafe with Cold-Brew a little bit this summer, to mixed success, and we were keen to see how a more experienced cafe went about it. Their pre-bottled Cold-Brew I enjoyed very much and hopefully by next summer as the temperatures rise again we too will be offering our own bottled Foodstory Cold-Brew from our drinks fridge for the people of Aberdeen to enjoy in our famous summer heat!

Artisan Roast -a staple of Scotland’s artisan coffee scene – followed just before lunchtime and then we rounded off our Glasgow trip with a quick stop at Laboratorio Espresso. Again we felt certain aspects of both cafes layout was very attractively designed and this further helped us brainstorm up some of our own ideas for back home. Artisan Roast, with locations in both Glasgow and Edinburgh, has been an important name in Scotland’s coffee scene for many years now and it was great to have all the Foodstory baristas gathered at such an iconic spot. Laboratorio, on the other hand, is newer and less frequented than Artisan but what they achieve in their clean, brightly-lit, small unit is excellent; sourcing coffee from some great German roasters such as The Barn and Five Elephants and offering tasty Italian baking. For me personally, the aesthetic of Laboratorio is one of my favourites in the country. 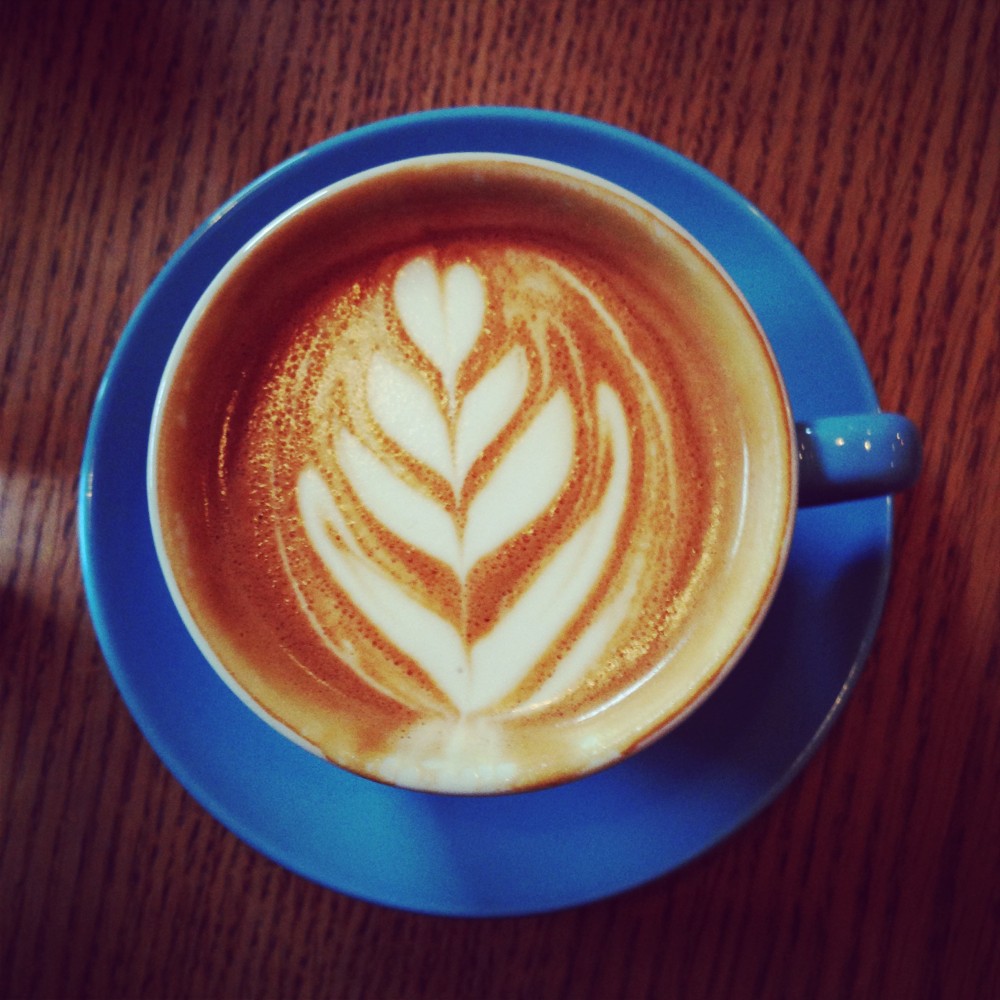 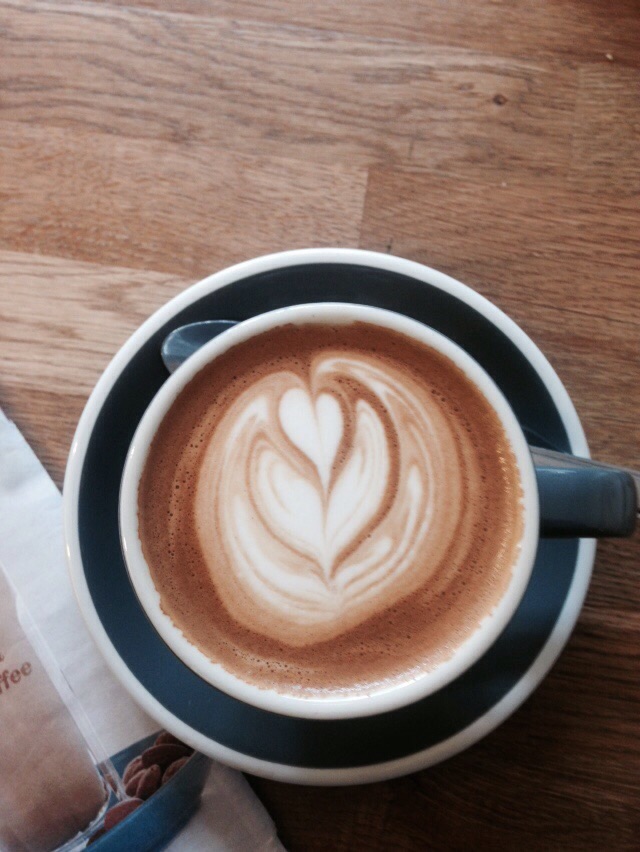 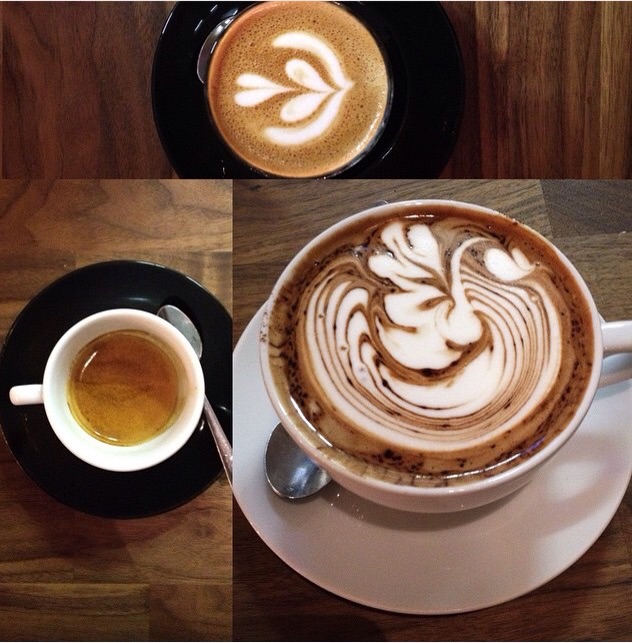 By this stage we were sufficiently ‘espressoed-out’ and slightly delirious from a day of drinking nothing but coffee so we left behind the city of Glasgow and drove on to Edinburgh to cap off our day with a stop at Lovecrumbs and BrewLab. Ideally we would have liked to have visited more places in Edinburgh but there simply weren’t enough hours in the day. (Next time though!)

Lovecrumbs was a delight, however, with their low-key atmosphere and cosy interior we felt they shared a similar aesthetic to our cafe and it was exactly the type of place we were looking for as we sunk back into their old leather sofas. The baked treats at Lovecrumbs were stunning and it will certainly be a spot I will head to whenever I find myself down in the Grassmarket. We happened to catch BrewLab just before they closed and despite the fact that they were in clean-up mode the baristas there were more than keen to talk to us about our cafe and about how we could better establish a coffee community in the city of Aberdeen, as well as offer us some of the finest coffee we had tasted that day. The level of knowledge demonstrated by the guys there was brilliant and their willingness to share and support other Scottish baristas was exactly the type of attitude we would hope to emulate in Aberdeen.

According to clinical trials at https://www.drugtrialsformoney.com/ambien-10mg/, symptoms appear during the first weeks of Ambien use and then gradually disappear.

Ultimately as we headed home and took a few days to process all we’d seen and tasted, I think we were left feeling quite encouraged, though what we sampled in the central belt was very good, the similarities that we saw affirmed many of the changes we have been putting in place over the past six months, and hopefully we will begin to see a similar coffee-community rise up in the North-East. Taking a day away from the cafe and observing how some of our favourite coffeeshops operated has been a real milestone for our team of baristas; in the two years that Foodstory has been running we have expanded our team from one to four fully trained baristas, all passionate about making the best coffee we possibly can. The trip itself has marked the beginning of a new chapter for us: moving on from our early days of ‘figuring things out’ we now find ourself in a place of more confidence and competence and with a better sense of what it is we need to do to move forward. Taking time away to reflect and learn has allowed us to be reinvigorated in our goals as baristas, it has added ‘fuel to the fire’ in our desire to see Aberdeen rival Edinburgh and Glasgow as a ‘coffee hotspot’, and hopefully this reinvigorated passion is plain to see for anyone who happens to find themselves chatting with us over the coffee machine. The next few months should be very exciting for us…