So to start this year off I decided to do a 30 day challenge, a few staff and friends are getting involved too.

For the whole month of January we’re cutting out all dairy, meat, fish and refined sugar from our diet AND we’re
taking up yoga/stretches and/or mindfulness for 15-20 minutes a day.

I live/work in Aberdeen Friday to Tuesday and in live/work in Edinburgh Tuesday to Friday in case you wondered why I’m in two cities a lot of the time.

Yoga with Adriene- its great

Tough day as I felt quite ill

BUT I still did a little yoga later in the day

and stuck to the food challenge too

Had gluten free porridge with

I was out so I had a salad box with lentils, onion, pomegranate, cauliflower, spinach and a sumac dressing. It was one of those BOL salad jars. It was pretty tasteless. So went to REAL FOODS in Edinburgh. My dream shop and bought

I made a vegan pesto, houmous cracker and a tahini, banana one. YUM.

Chilled as I was still feeling pretty under the weather and then made dinner for my flat mate.

Inspired by Deliously Ella. I made a tahini garlic sauce and mixed it in with coconut brown rice, kale and roasted sweet potato.

For the Coconut Brown Rice:

Whizzed it- blended all of it together ( I saved half for tomorrow) to make the sauce.

I didn’t have lemon or nutritional yeast and thats what she recommends. Next time! 🙂

Then I got the brown rice and threw in roasted sweet potato pieces (these went into the oven for 30 minutes with a bit of olive oil) and a few handfuls of kale and then I mixed in half the sauce into it. It was REALLY tasty and hearty and my flat mate loved it. It was so easy as well. 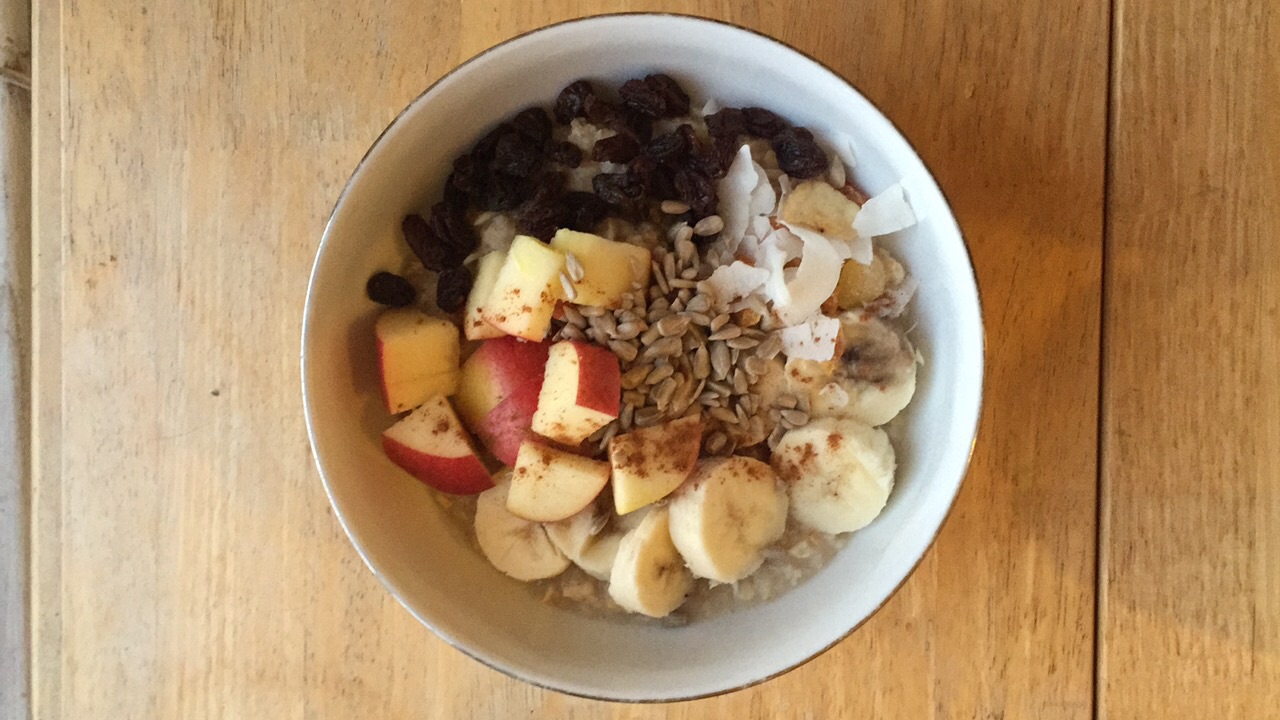 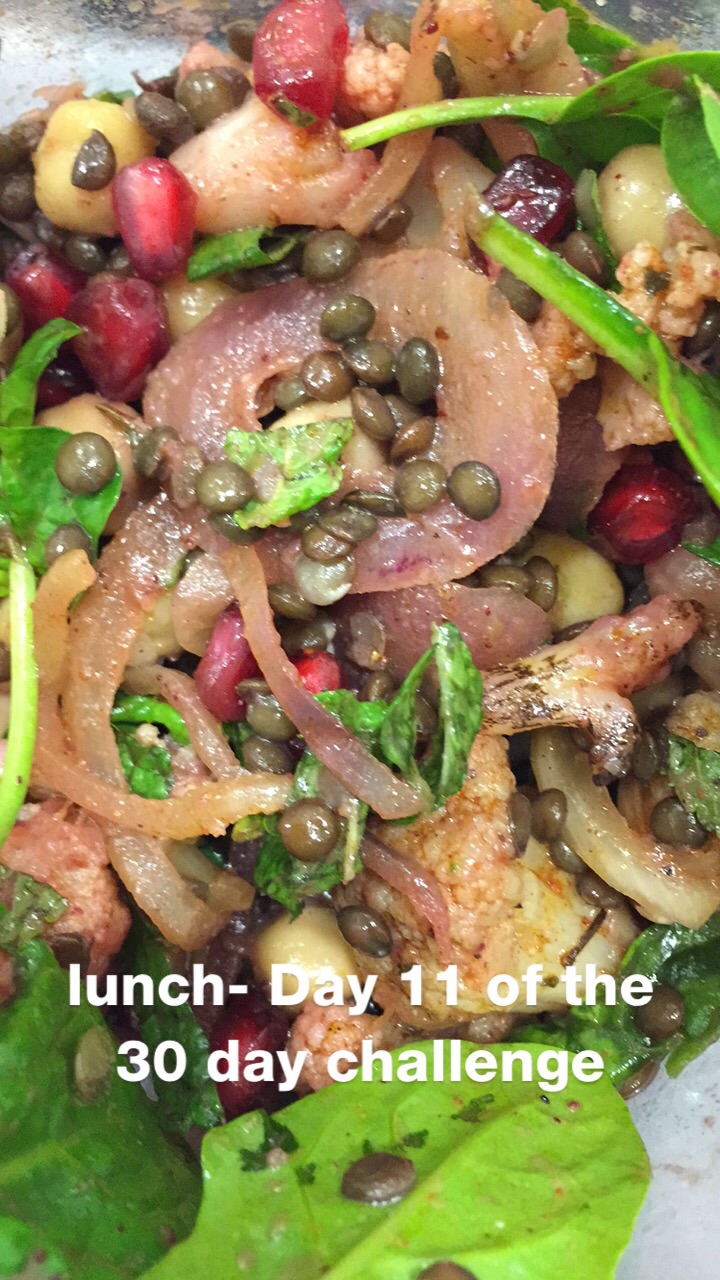 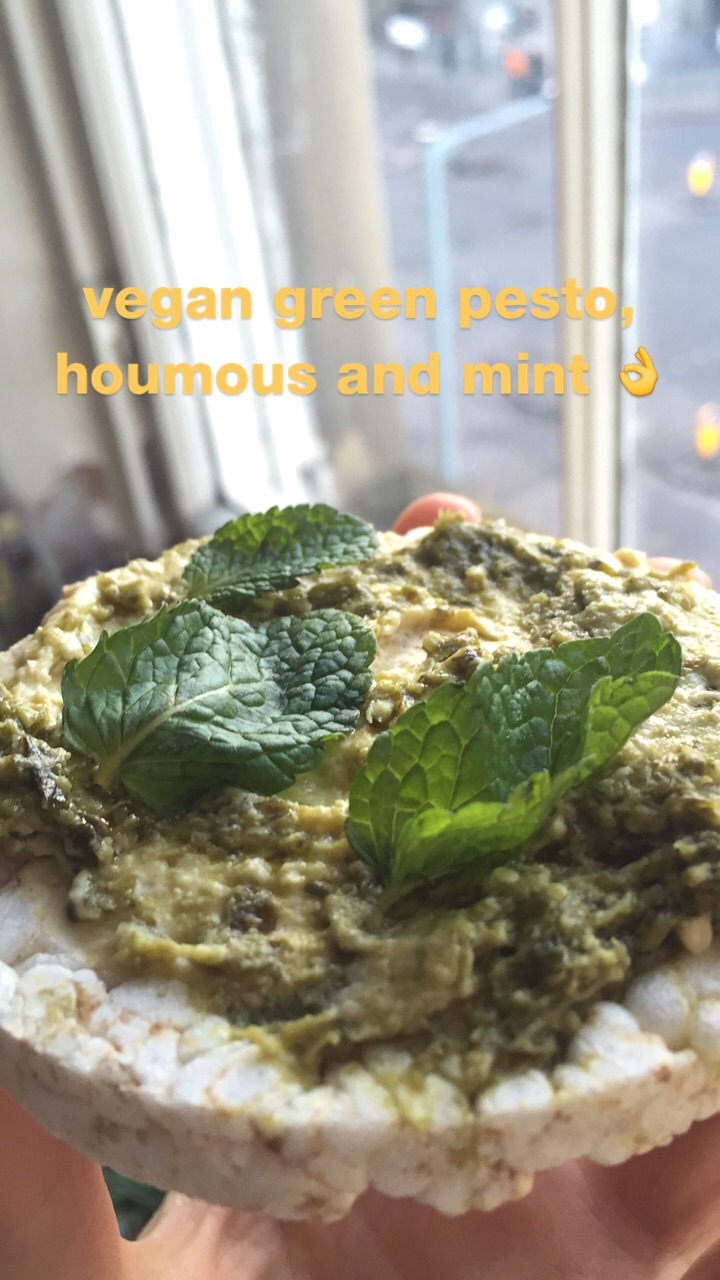 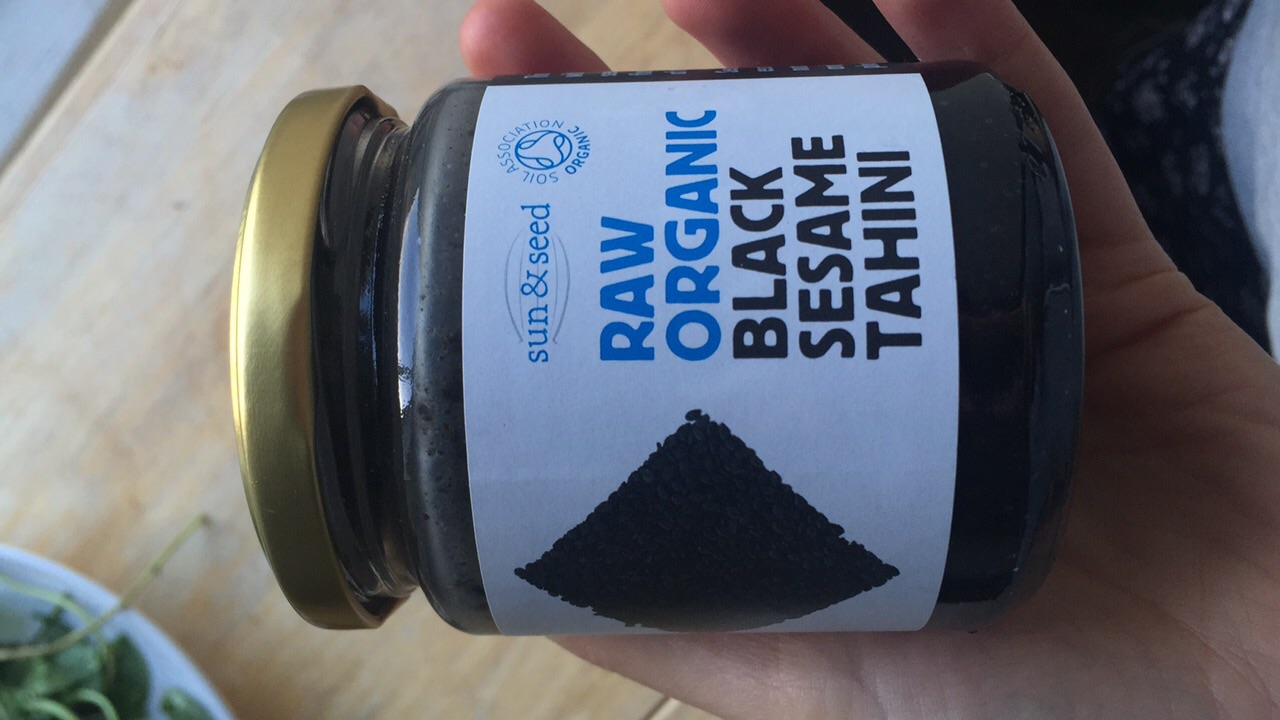 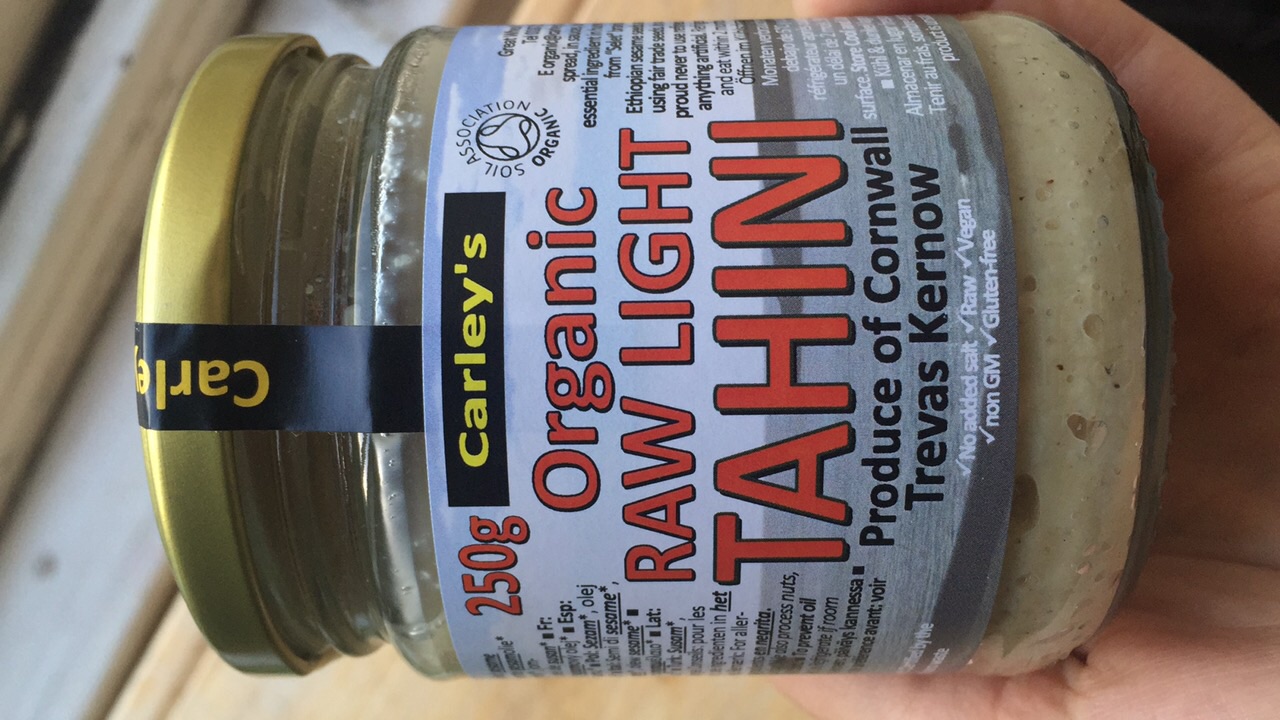 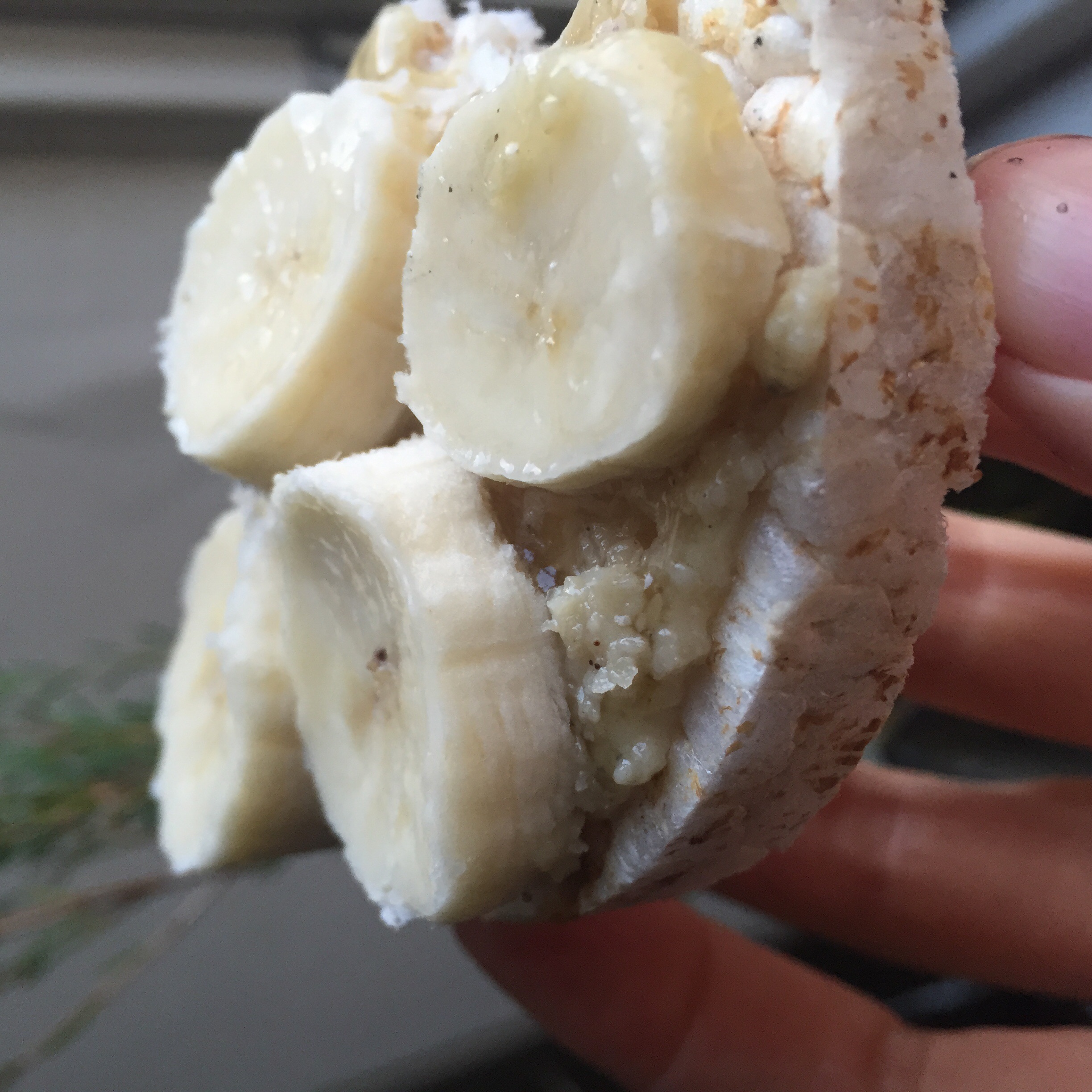 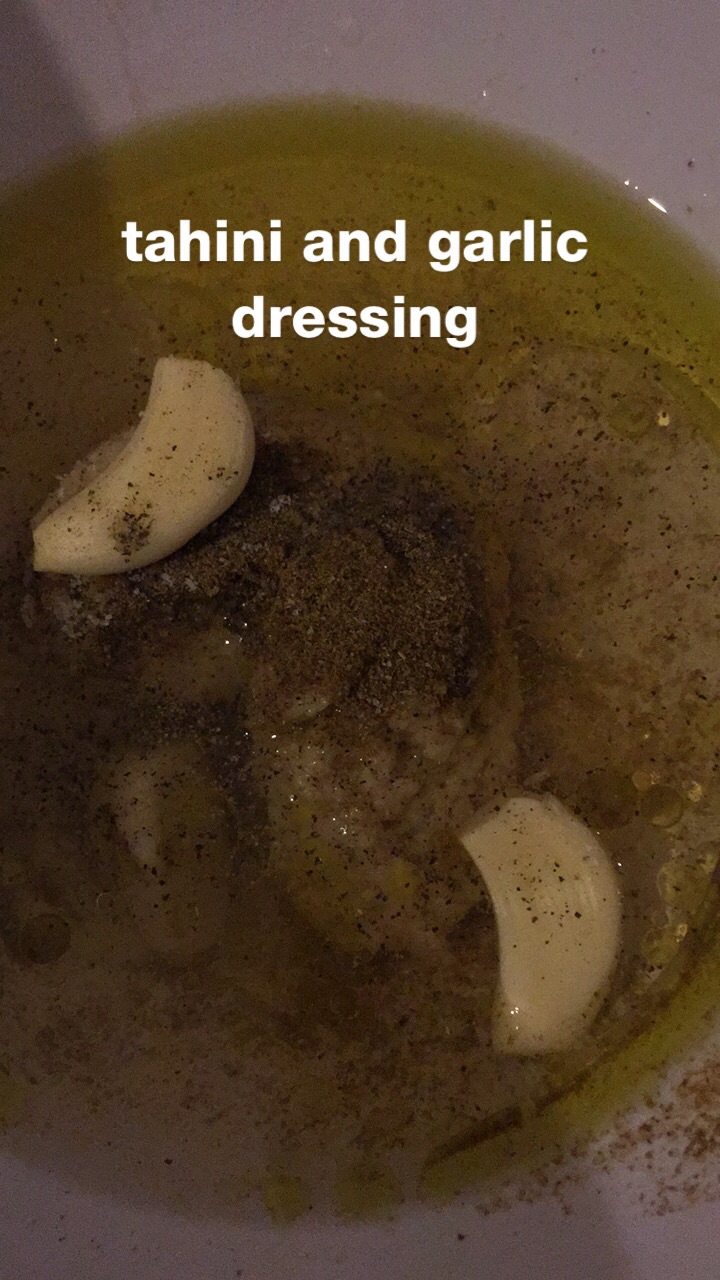 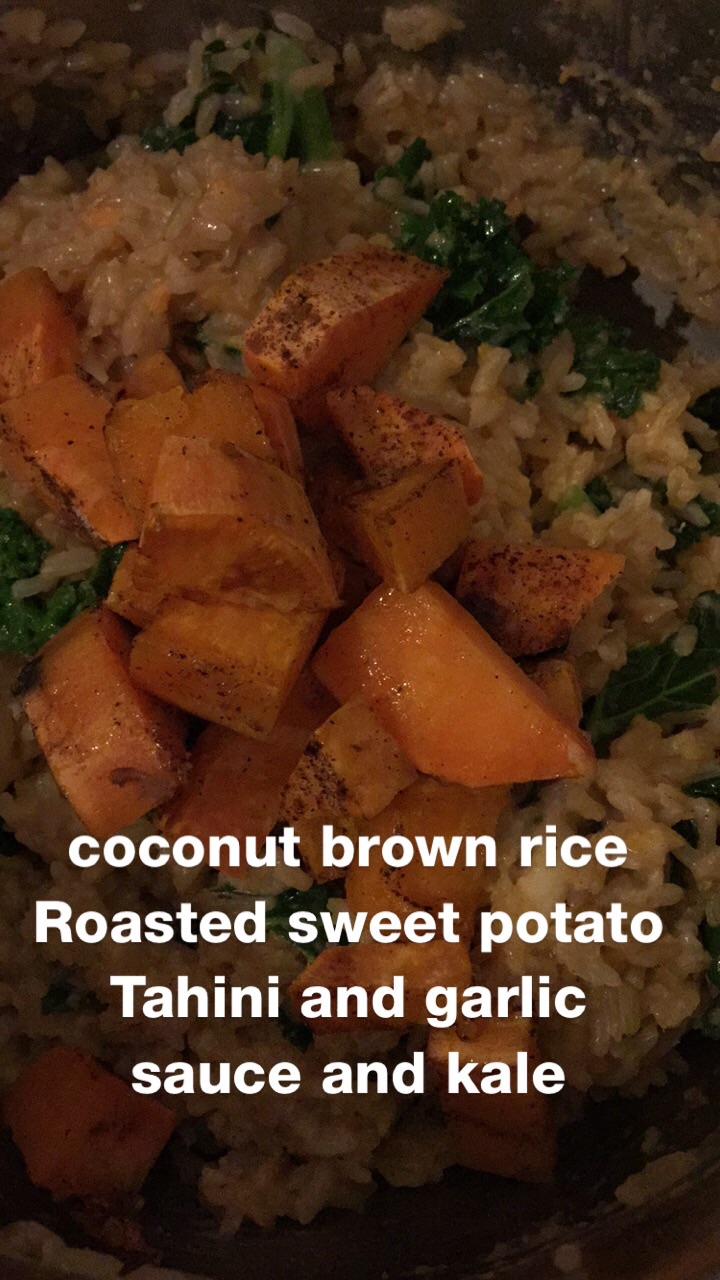 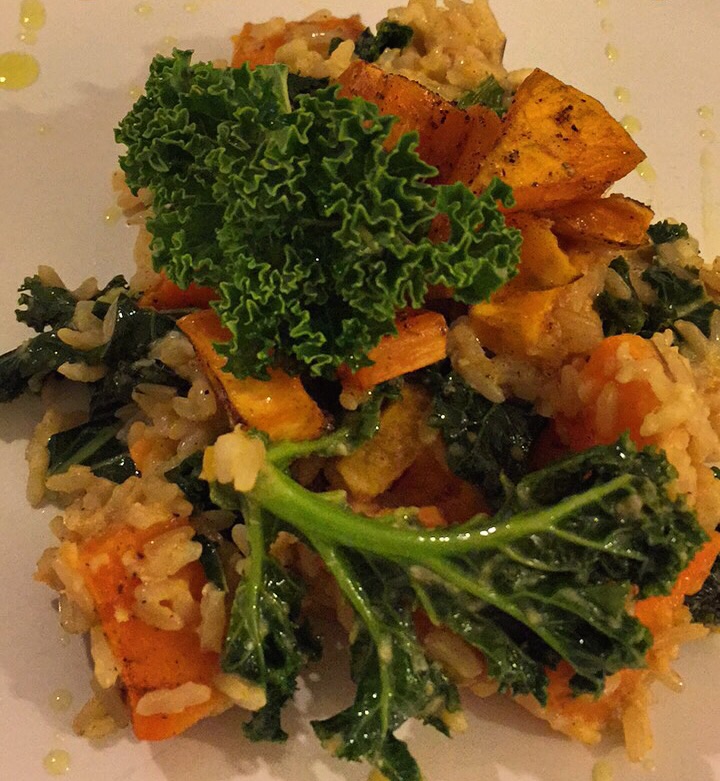