In early 2015 we were lucky enough to take on the Fenner & Coburn site at 13 Thistle Street which enabled us to look at expanding the cafe by knocking the wall down between the two sites.  When we were in 15 Thistle Street we felt that the cafe, although cosy and a nice place to visit and eat, was a little small and we had issues with seating particularly at the weekend or over lunch. Also from a staff point of view the cafe was difficult to run when it was busy due to the size of the kitchen/washroom and storage.

Our opportunity to expand helped us address these issues by offering more seating, a separate kitchen and washroom as well as more storage space. However it also allowed us to have fun with the site, by building a stage area, new bathrooms and also design the cafe on the new side with a different but yet similar theme to the original cafe whilst still trying to in-capture the same ethos and atmosphere. In doing so when it came to building the new part of the cafe we followed the same model as before where we deigned the cafe and built the cafe ourselves using as much recycled local furniture and materials as we could get. 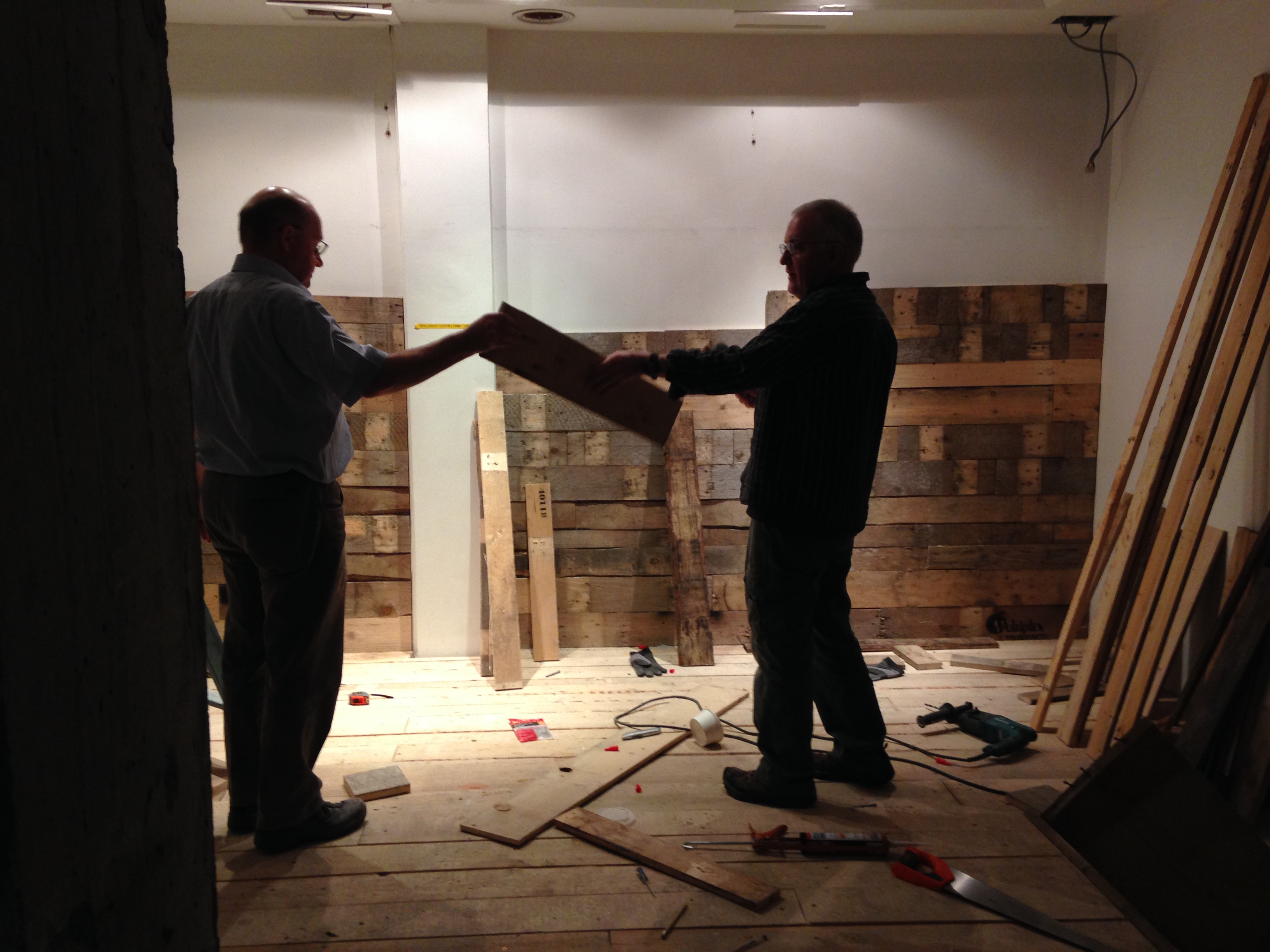 We started building the expansion in February 2015, with help from friends and having learnt some lessons from the last build we were able to expand our skill levels on this build introducing new materials such as concrete and welding. These can be seen in the design of our 4ft long bespoke concrete coffee bar which sits in the centre of the cafe. The welding can be seen in the copper piping which we have used in the bathrooms.

The expansion took 3+ months with the cafe finally opening its new extension to customers in May 2015.